Who invented the bed

Among the furniture that decorates our homes, the bed is the one that has probably undergone the least changes over time. And if today, for example, you were to contact the staff of any mattress store in Milan to get detailed information on a bed base or a mattress base, on various cushions, yet little is known about who invented the bed. So, a little history about it, we think, can come in handy.

The Assyrian king Ashurbanipal apparently used to feast on a bed equipped with a support to rest his elbow which had pine cone-shaped feet: this is what is seen engraved in a relief of the seventh century BC.

The Romans also feasted while lying down, and in the triclinium, the room where food was eaten, they spent several hours lying on the triclinium bed, like the Greeks, who loved to eat, drink and indulge in long discussions right in bed.

The use of the bed was certainly not foreign even to the Egyptians, as evidenced by paintings and artefacts found in the famous tomb of Tutankhamun.

Therefore saying exactly who invented the bed is a very difficult task; however, it remains certain that, at least in antiquity, the presence of wood was constant in its construction and its rectangular shape almost exclusive. If ever over the centuries and with the changing of cultures, the height of the bed, the decorations, the headboard, the legs and the feet have varied.

The canopy structure is in fact typical of the Middle Ages, and even becomes luxurious in the Renaissance, with the addition of shelves and benches.

And if until 1871 the mattresses contained feathers, wool, hay, cotton and sawdust, as well as algae and horsehair, starting from the last thirty years of the nineteenth century, history changed, thanks to Heinrich Westphal, who gave birth to the first prototype spring mattress. Zalmon G. Simmons then had the opportunity to monetise Westphal’s idea by founding the Simmons Bedding Company, the first real large company that dealt with the production of mattresses.

Also, in the nineteenth century, Sir James Paget made the first water mattress, while in the twentieth century, and precisely in 1928, John Boyd Dunlop, the founder of the tire company of the same name, launched the latex mattress.

In 1966 NASA came up with the idea of memory foam mattresses, a polyurethane-based foam to which particular substances that alter their density are added. And a few years later, the slat systems also began to become popular. So who invented the bed? Difficult to say.  On the other hand, what we do know is that for centuries it has been an indispensable piece of furniture. 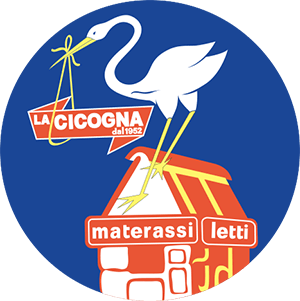